NAJNOVIJE VESTI
Početna Mladi SUBOTICA’S OWN NINA ĆUJIĆ FOR THE MAGLOČISTAČ PORTAL FROM THE USA: EVERYTHING IS UNDER CONTROL – EXCEPT THE TIME 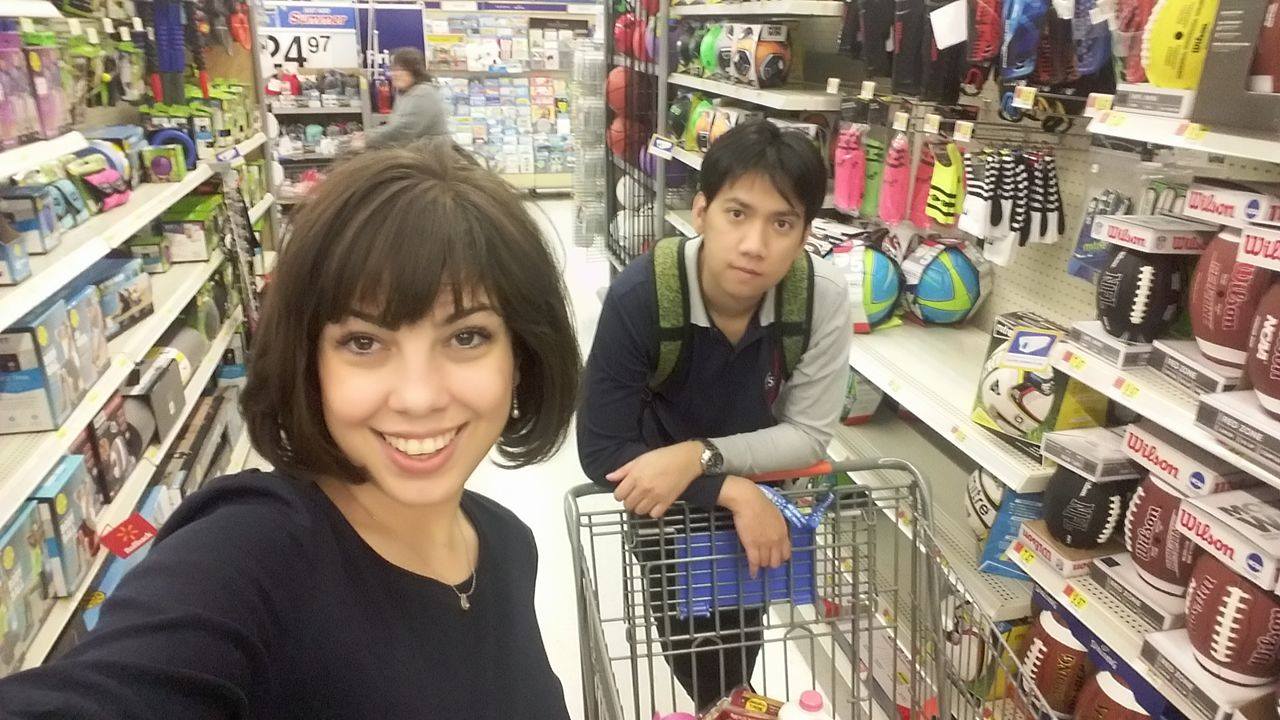 SUBOTICA’S OWN NINA ĆUJIĆ FOR THE MAGLOČISTAČ PORTAL FROM THE USA: EVERYTHING IS UNDER CONTROL – EXCEPT THE TIME

While I am stressing and worrying in attempts to present myself in best possible light regarding a job which is absolutely unknown to me, Opal, who is also starting a new job, is enjoying. He is not scared of managers, mistakes, the unknown, he does everything calmly and with ease

Opal (on the right), Poppy and I just before starting our shift (private archive, Nina Ćujić)

Before focusing on Opal’s story, I wish to confess something: Even though I strive to avoid generalizations, and I criticize others for making them, this boy has got my protection for my story because of my own stereotype: Men and women from Thailand are sweethearts! I met them for the first time two years ago, in Arizona. We were roommates, I lived with them, socialized, spent my free time with them, worked and made beautiful memories, and have got only the best to say about them. Opal (and his compatriot Poppy) fit and build up that stereotype that I have regarding people from Thailand.

Tanapat Chandach Opal (24) was born and grew up on Thailand. What he fondly emphasizes as a great experience, is going to the Republic of South Africa, to Capetown. he went there as a participant of the student exchange program and at 18 years old spent a year there.  This great adventure was so very significant for him because it made him aware of of the cultural differences which he had not payed attention to. Capetown as a constellation of different languages, races, and traditions, has opened a whole new world to Opal. That experience was made stronger by the fact that Opal had lived in a family in which the mother is a mestizo (half-blood), the father caucasian, and apart from having a child together, they had children from previous marriages.  This racially diverse family has provided Opal with a loving home and awakened in him a desire to carry on traveling and exploring.  This experience has provided him with self-confidence and a desire to socialize. Until then he had been very withdrawn, most of his time was spent being on his own. During his stay in Capetown, as a Buddhist, he visited Christian and Muslim temples and with that developing tolerance and respect towards those different from himself.

After South Africa, he long wished to become a pilot in order to visit the whole world. However, that dream does not come true because he enrolled into computer engineering. Still, he does not give up on his dream to see the world, reasoning that he does not have to be a pilot in order to travel: he signs up for the work and travel program. This is where our roads meet.

We ought to respect the time given to us. Only it is precious even when the days are not perfect and do not go according to plan.

On the „fateful“ 19. May 2017, I, a girl from Subotica, arrived to the USA, and the very next day I started working. Millions of new pieces of information, rules, faces, I find myself in an uneasy state of shock. I am taken by panic caused by the aforementioned and I find myself in a very nice apartment, not being welcomed by anyone with whom I can share the worry and estrangement.  First few days I went to work reluctantly, not knowing if it’s worse being at work or in the empty apartment. Finally, on the fourth day I meet Opal and his friend and colleague from faculty. Opal invites me to visit them and to get to know them. They offer me food, drinks, give me the wifi password! Again the Thai are a true gift to me.

Opal’s story is told mostly by me. Even tho he, for the most part, overcame his shyness in South Africa, Opal is still not very talkative. Of course he himself, as everyone else, has got his own story but he expresses it in his own way. With his approval, I am going to tell one of our anecdotes.

Opal (on the right) and Poppy in Park City, state of Utah (private archive, Opal Chandrach)

I consider myself lucky to have him become my first friend in the USA, a complete opposite of me. While I am stressing and worrying in attempts to present myself in the best possible light in the job which is completely unknown to me, Opal, who is also starting a new job, is enjoying. He is not scared of managers, mistakes, the unknown, he does everything calmly and with ease. Opal, when he sees me worried, says: „Hey, Nina, chill, you think too much.“ This composure of his I witnessed the best when he found that he had lost his passport. Losing a passport in a foreign country is no small deal, nor it is cheap. He comes to my apartment for a morning coffee and informs me of losing his passport. He does that in a tone as if stating that it’s Friday today. I am, of course, terrified, I ask a million questions, how, where, when… I grab hold of the telephone, I call the places which he had visited the day before, but the passport cannot be found. I google the Thai ambassies in New York, Washington, Chicago… to no avail, a new passport is going to have to be made. And all the while I am stressing, Opal is sitting calmly and reading something online, calm as always. „Opal, how can you not worry, that is awful!“ I scold him, because there is trouble and there ought to be worry. „Hey, Nina, let’s go to Chicago! At least we do not have to think where to go next, it has presented itself to us on its own.“ Opal laughs at me. We go anyway to do our jobs, and at the end of the shift, the passport appears and the case is closed. I ask Opal: „How in God’s name do you manage to remain so calm and composed?! I want some of that talent for myself.“ I beg of him to explain how he is not affected by things over which most of us completely lose it. Opal smiles and tells me that if I break a glass, the deed is done, I ought to let it go, and not to cling onto the broken pieces of glass because I am going to get cut. To hell with the glass, the deed is done, there is no going back and there is no need to hurt myself any further. He tells me „Yes, I admit the day I lost my passport was bad, but imagine how many people would like to have a bad day such as that. Imagine if it were my last day and am I supposed to spend it worrying about a lost passport?“ If you keep worrying all the time, you will never live, you will waste your time because you will always find something over which to stress about.“

And so Opal teaches me how to let go of perfectionism and to laugh at trivial stuff and imperfections.

To those such as myself, who „like“ to worry, Opal recommends the movie About Time, because it teaches us how to value the time we have, that only it is precious, even when our days are not perfect and do not go according to plan.

Nina tells stories from the USA, about the people, their lives, experiences, world views, and everything she considers might be of interest to you; follow her every Friday on the Magločistač portal.

SUBOTICA’S OWN NINA ĆUJIĆ FOR THE MAGLOČISTAČ PORTAL FROM THE USA: AZIZ ZAIDI AND A KITCHEN ORCHESTRA

SUBOTICA’S OWN NINA ĆUJIĆ FOR THE MAGLOČISTAČ PORTAL FROM THE USA: EVERYONE’S GOT A STORY TO SHARE